The aim of this project was to encourage and develop a culture of reading via two separate interventions with two distinct groups (BTEC Business and BTEC Performing Arts). 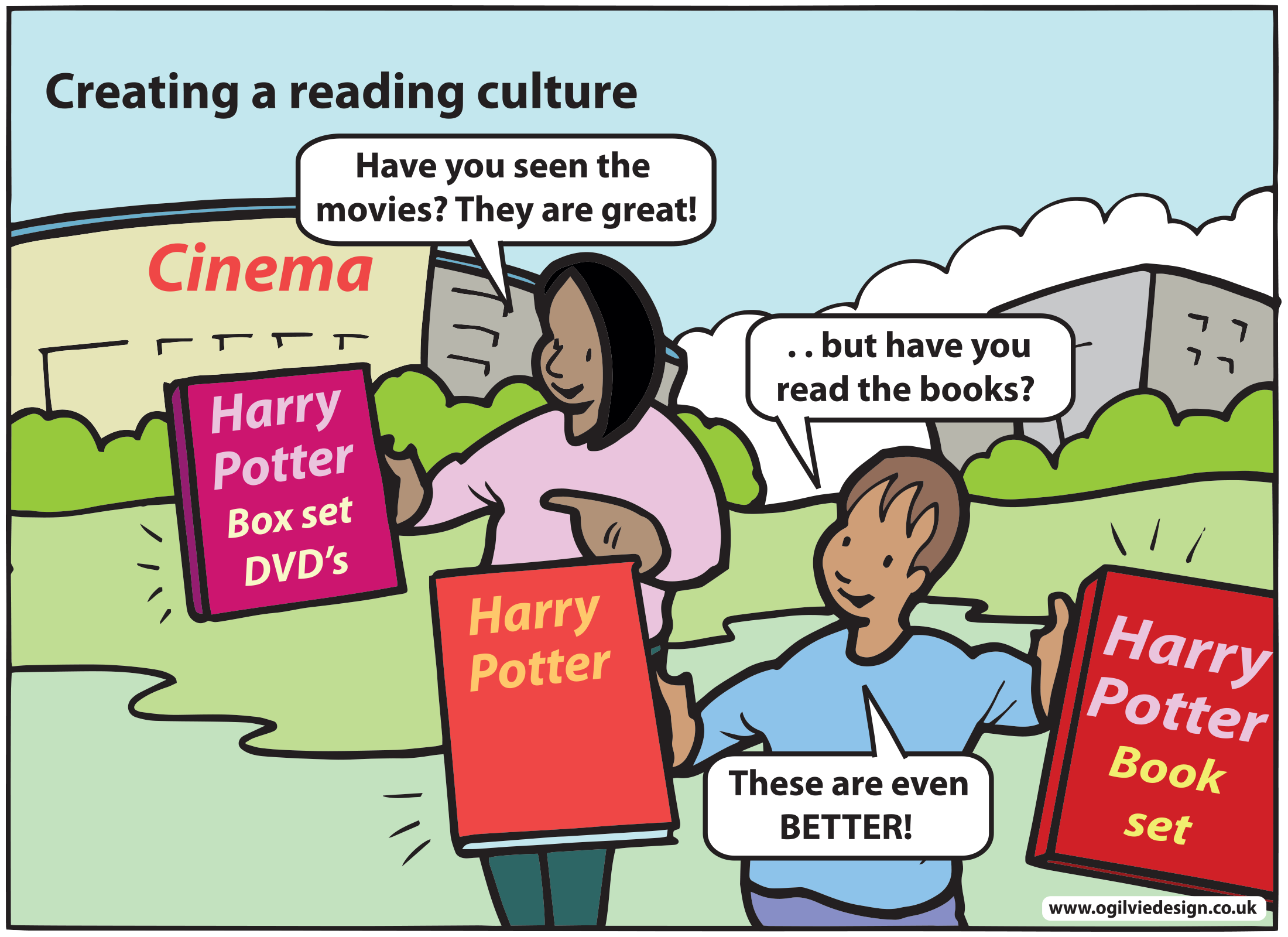 You can download a PDF of this report on the Excellence Gateway [LINK].

Havant and South Downs College is made up of three campuses; South Downs, Havant and Alton with this study being completed at the South Downs Campus. The college has over 4000 FE learners and nearly 500 HE learners across level 1 to level 6, A-levels, BTEC, HND, FdA and BA (Hons) studying a vast array of subjects.

The idea for the project arose from our concern that many students simply do not see the value of reading; it is perceived as “uncool” by many and as a chore that is enforced by teachers and/or parents.

The business students had a presentation by a local author, Mark Legg, and were given a copy of his book “The Business Builder”. This book was chosen as it linked directly to their curriculum (Unit 36 – starting a small business). After reading the book and completing the relevant task from their assignment, the author came back in and spoke with the students about the book and his passion for reading.

The performing arts students watched the film Anna Karenina and were also given the book to read. The point here was to understand what students preferred and why (the differences between the two).

There is clear evidence that shows the impact that reading can have on vocabulary, emotional intelligence and exam success. A study completed by the OECD revealed that reading for pleasure had a demonstrable effect on social mobility and was, in fact, the most important indicator for the future success of the young person (Douglas, 2013).

The challenge we faced is that reading printed material simply is perceived as uncool by many, in particular, boys (Topping, 2018) and can also be perceived as an activity that is ‘forced’ upon students by their teachers. The percentage of students who read a book or a magazine every day declined from 60% in the late 1970s to 16% by 2016. The rapid adoption of digital media since the 2000s has displaced the consumption of legacy media.

Clearly, digital media use has increased considerably, with the average student in 2016 spending more than twice as much time online as in 2006, and with time online, texting, and on social media totalling around 6 hours a day. In addition, only half of students visited social media sites almost every day in 2008, compared with 82% who did by 2016 (Twenge et al, 2018).

However, there is clear evidence that reading has a positive impact on students’ emotional/social well-being, exam success and future careers. This means it is an issue that needs addressing.

Culture or “The way things are done round here” (Schein, 1993) is something that clearly does not happen overnight but we hoped that with small, incremental changes to students’ mindset and the embedding of reading activities within the curriculum this project would make a difference.

As we were looking predominantly at changes in mindset, we decided to use mainly case studies and focus groups to find out exactly what students thought about reading, their perceptions of the importance of it and how much they do actually read. There was some quantitative analysis as well which enabled us to see how much reading students undertake and also where and when they prefer to read.

“You can lead a horse to water, but you can’t make it drink”
(Proverb)

The project itself provided some real insights into the behaviour of students and the rationales that motivate their behaviour. The two sides of the project, business and performing arts, could not have been more different.

“I didn’t want to read the book because I had been told to; I read what I want”
(BTEC Business student)

Engaging the business studies students in reading was a real struggle; they were very reluctant to read the book. Although they eventually did and the sessions with the author were very positive, the process itself was difficult. A key learning point here is that enforcing extra activities on students can have a negative effect, even though the task was highly relevant as an understanding of the book’s content was directly linked to the course grading criteria.

The performing arts students were fantastic. Not only did they read the book, they loved it, preferring it greatly to the film.

“The book is so much better; you use your imagination and really lose yourself in it”
(BTEC Performing Arts student)

The students loved the book so much they petitioned their lecturer to get them the screenplay and then performed the play based on the book.

“Some students who read regularly spoke of their joy of reading and this inspired those that do not read to consider it as a leisure activity. One student bought a book for the first time!”
(Performing Arts Course Manager) 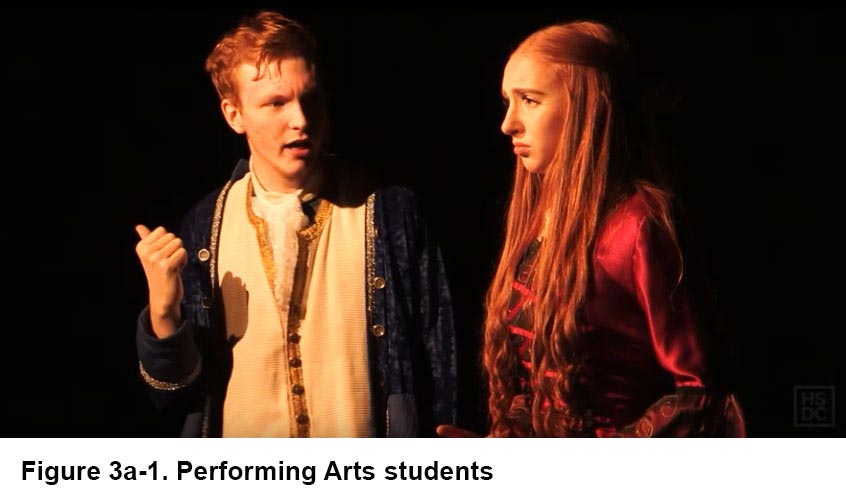 “Learning new ways of working through mutual engagement opens up and shares practices with others”
(Fielding et al, 2005)

Working as part of a larger group with Southend Adult Community College and Cambridge Regional College has enabled me to visit and see exactly what the projects look like in the other institutions and take back ideas to share at Havant and South Downs College.

Internally, developing a culture of curiosity at the college is a real passion of mine and something that this project has furthered. Staff across various areas that rarely speak with one another have been sharing examples of what they do and getting to know how students are taught in different subjects that are very different from the subjects they normally work in.

Culture in itself is very hard to quantify and evidence. That being said, the feedback from the students, both business and performing arts, has been extremely positive.

“Reading increases your vocabulary; it means you can find out more things and then use them when you need to”
(BTEC Business student)

“The book shows the characters ‘personal viewpoint’ so you go through ‘their story’. On the film, you don’t get what’s inside their minds.”
(BTEC Performing Arts student)

“I personally think it helps with your brain and staying focused, when you read you have to use your brain and keep your concentration, as well as learning new words.”
(BTEC Performing Arts student)

Culture will not change overnight and, when encouraging students to read, it will take even longer. However, small shifts and a greater focus on reading via the adoption of initiatives such as this could have a positive impact on learners. As stated previously, the benefits of reading are huge. However, trying to win the “hearts and minds” of students when it comes to this proves difficult.
Personally, a key learning point for me was the comments made by the business student who didn’t read the book because he was told to. When looking at future projects it will be a key part of the inception stage to consult more closely with students before making decisions about what intervention to complete.
The opportunity for staff to collaborate and be involved in action research as part of this project has been fantastic.

“It was great to have the time to try something out. It (the project) wasn’t perfect but it was fun!”
(Performing Arts Course Manager)

If this project, or something similar, was repeated, then I would be interested in being involved again”
(Business Lecturer)

As always, this is just the starting point – the business workroom is now discussing ideas for embedding reading within their own sessions – that is a result in itself!